Responsiveness of Miscanthus and Switchgrass Yields to Stand Age and Fertilization 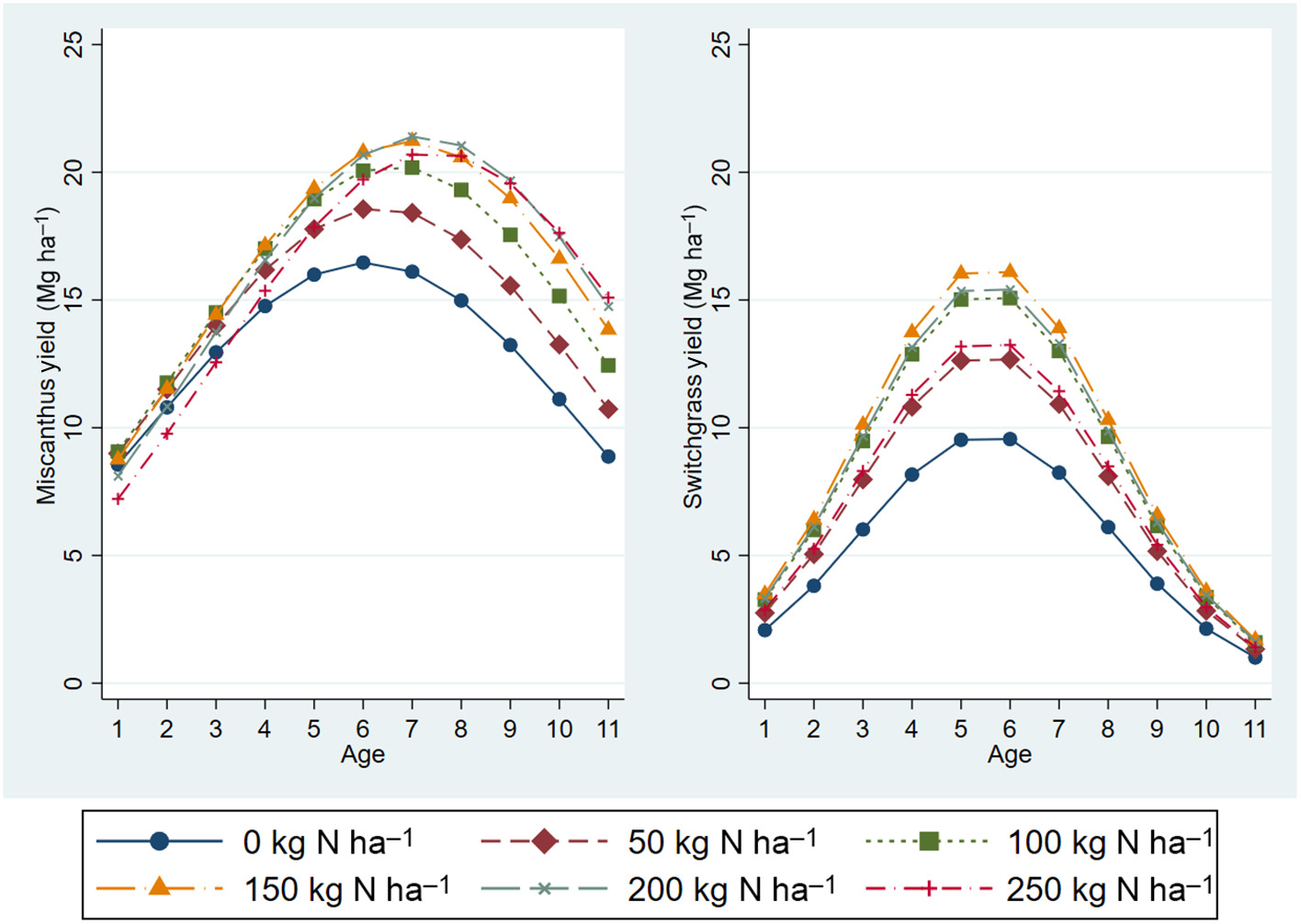 Optimal management of Miscanthus and switchgrass for bioenergy requires an understanding of the crops’ responsiveness to nitrogen (N) fertilization at different maturity stages across locations and growing conditions. Earlier studies used field experiments or meta-analysis to probe these interactions but achieved mixed results. Researchers with the Center for Advanced Bioenergy and Bioproducts Innovation (CABBI) have now built on these studies by applying a multilevel-mixed-effects (MLME) meta-regression model to conduct more extensive multivariate regression of yield response to N and stand age while controlling for climate, location conditions, and unobserved factors related to study design.

CABBI researchers found that Miscanthus and switchgrass crops achieved higher yields with age, but at a decreasing rate. Yields peaked in the seventh year for Miscanthus and in the sixth year for switchgrass for the observed range of applied N rates. Increasing N application resulted in small increases in yield but at a declining rate which varied with crop age. Finally, N fertilizer had the greatest impact on yield in old Miscanthus stands compared to young and middle-aged stands, whereas the impact on switchgrass was greatest on middle-aged stands.

The results provide a basis for developing N-application recommendations and optimal rotation age for Miscanthus and switchgrass and demonstrate that similar yields can be achieved on low-productivity and high-productivity land.

Researchers quantified the responsiveness of Miscanthus and switchgrass yield to N and stand age, analyzed the extent to which higher N may offset the effects of stand age, and examined non-linearity in yield response to N and stand age while accounting for their interaction effect. The team applied an MLME meta-regression model to 1,403 yield observations for Miscanthus and 2,811 observations for switchgrass from experiments  conducted between 2002 and 2019 across rainfed regions in 15 U.S. states. The study went beyond previous studies that relied on the mixed model ANOVA method to estimate the direction of yield response, improved estimates of the magnitude of yield responsiveness to N and stand age, and added climatic factors as controls and investigated their linear and non-linear impacts on Miscanthus and switchgrass yields.

This work was funded by the DOE Center for Advanced Bioenergy and Bioproducts Innovation (U.S. Department of Energy, Office of Science, Office of Biological and Environmental Research under Award Number DE-SC0018420).