Transcription of adjacent genes into a single RNA molecule is widespread in green algae, challenging understanding of gene expression in eukaryotes 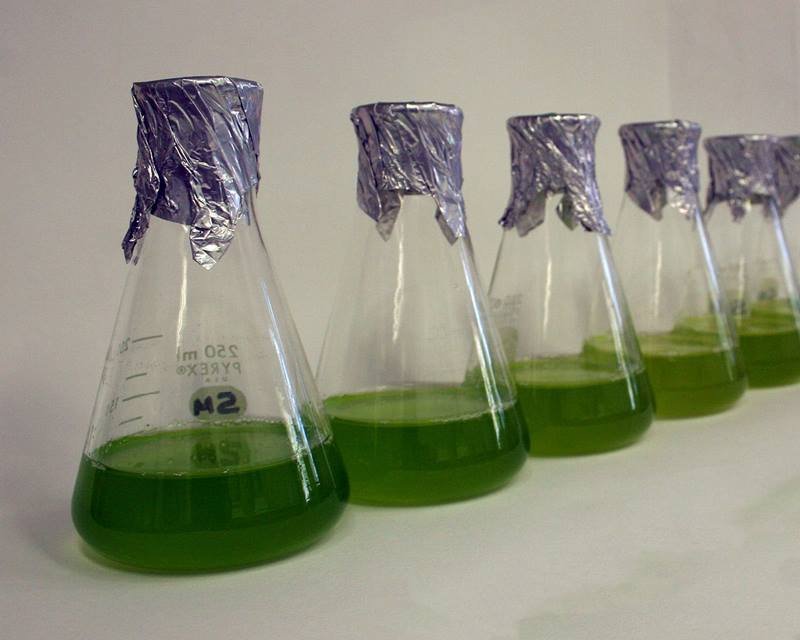 Every cell contains genes coded in its DNA. To fulfill its function, a gene must first be “transcribed” into an RNA molecule, which is in turn “translated” into a protein. Proteins in turn control a cell’s structure, function, and operation. Bacteria use “polycistronic transcription.” In this type of transcription, several genes of related function are arranged adjacent to each other in the DNA and transcribed into a single RNA molecule. This polycistronic (multi-gene) RNA is then translated into multiple proteins. Scientists previously believed that this type of gene organization is extremely rare in eukaryotes—the domain of life forms that includes animals, plants, fungi, and green algae, but not bacteria. A new study revealed instead that hundreds of proteins in many diverse species of green algae are co-produced on polycistronic transcripts. This discovery expands scientists’ understanding of gene organization and transcription in eukaryotes.

cientists use gene prediction algorithms to identify the genes in a newly sequenced genome. The algorithms for eukaryotic genes assume that each gene is transcribed into one RNA molecule that makes one protein. This discovery of widespread polycistronic transcripts has helped scientists identify hundreds of genes that had been missed by standard gene-prediction algorithms. The finding of eukaryotic polycistronic RNAs also provides an exciting tool for synthetic biology. This could help researchers design algal strains optimized for producing biofuels and other bioproducts. The finding also expands the sciences of microbiology and genomics.

A consortium of researchers has made a discovery in green algae (microscopic photosynthetic organisms closely related to land plants). The discovery expands our understanding of gene organization and transcription in eukaryotes. Thanks to recent advances in RNA sequencing technology, the researchers identified hundreds of examples of multiple genes transcribed on a single molecule of messenger RNA in two species of green algae: Chlamydomonas reinhardtii and Chromochloris zofingiensis. Supported by two Department of Energy Office of Science user facilities, the Joint Genome Institute and the Environmental Molecular Sciences Laboratory, the team used experimental and computational analyses of gene transcription to validate that the phenomenon of polycistronic gene expression is not an artifact of the sequencing technology, but a real process that occurs in algal cells. By examining five other species representing the breadth of the green algal lineage, the team revealed that this phenomenon is evolutionarily conserved over hundreds of millions of years (comparable to the evolutionary distance between humans and sea urchins), thus demonstrating its persistence and hence biological importance. The researchers also demonstrated that gene co-expression is reproducible in a test tube using synthetic polycistronic gene pairs. Furthermore, the research shows the relative expression of each of the two genes can be tuned by modifying their regulatory sequences. These results are likely to be a great boon for efforts to engineer algae and their plant relatives for scientific and industrial purposes.

This work was supported by the Department of Energy Office of Science, Biological and Environmental Research program and Basic Energy Sciences program. Proteomics analyses were performed under the Facilities Integrating Collaborations for User Science (FICUS) program and used resources at the Joint Genome Institute and the Environmental Molecular Sciences Laboratory, DOE Office of Science user facilities.